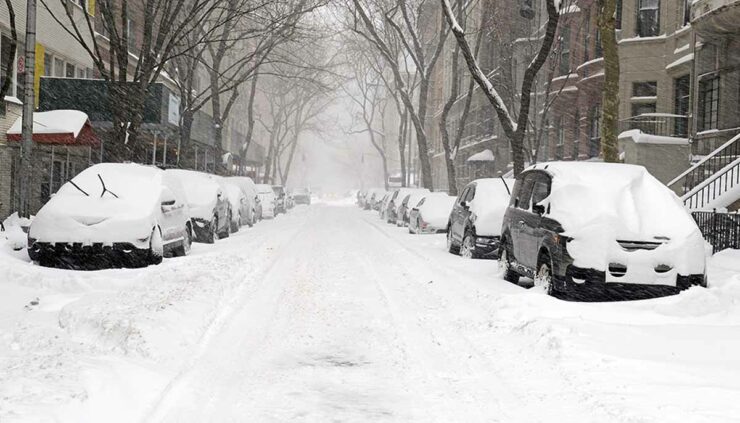 Snow on the ground in the UK could disappear for most by or before the end of the century if worldwide greenhouse gas emissions are not reduced, a new report by the Met Office, the UK’s National Weather Service, suggests.

No more snow in the UK by the end of the century?

A dire prediction which hardly seems fashionable has been released by UK’s National Weather Service, the Met office, suggesting that if global greenhouse gas emissions are not reduced, by the end of the century, snow settling on the ground in the UK could disappear altogether, the Independent UK reports.

According to the research, by the 2040s, most of the South of England may no longer see days that reach freezing or lower due to climate change. The report says that if the current trend continues, by 2080, only very high ground and parts of northern Scotland will experience freezing temperatures.

The report also stressed that while some may express doubt, the findings are based on projections that assume global emissions will continue to increase. And while such a scenario may not be the most likely outcome, it is credible based on current trends.

Further, the report also emphasized that there is year-over-year variability in regards to temperatures, meaning, that some years may be colder or warmer than the overall trend.

The report suggests that if global emissions are reduced, the UK could avoid larger rises in temperature. However, average temperatures are still likely to increase.

Naturally, not only will snowfall be affected but summer weather will as well. The possibility of hotter and drier summers are more likely if emissions continue to accelerate, although there will be regional variations in the effects, the Met Office said.

“We’re saying by the end of the century much of the lying snow will have disappeared entirely except over the highest ground,” Senior Met Office scientist Dr. Lizzie Kendon told BBC Panorama. “The over-arching picture is warmer, wetter winters; hotter, drier summers.”

Under such arid weather conditions, having to use body wash cream for dry skin multiple times daily could be as common as brushing your teeth.

The Met scientist also emphasized that climate change will bring more extreme weather events. For example, the number of days in the UK exceeding 86F will be 16 times more frequent by the end of the century, as compared to the average between 1981 and 2000. In the coming years, the average hottest days in Hayes, West London, could reach 104F.

“But within that, we get this shift towards more extreme events, so more frequent and intense extremes, so heavier rainfall when it occurs,” Dr. Kendon said. “It’s a big change…in the course of our lifetime. It’s just a wake-up call really as to what we’re talking about here.”

The Met office analysis suggests the amount of winter rain could increase by up to a third on average unless action is taken to avert the climate crisis. However, when it comes to this prediction, the researchers are less certain that rainfall could decrease, Metro UK reported.