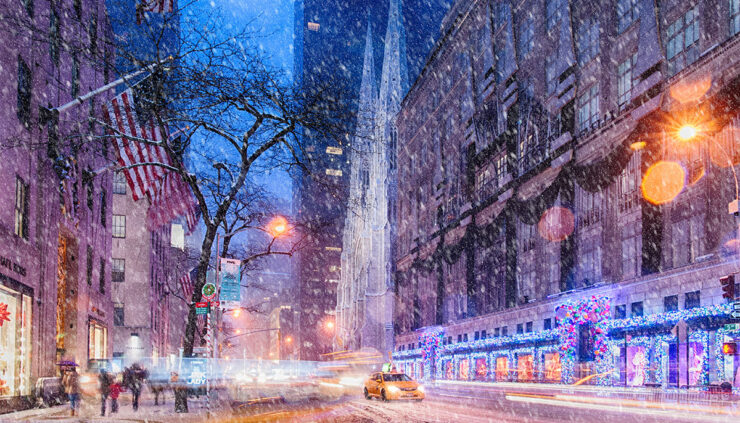 Parts of the East Coast have seen more snow from the Wednesday-Thursday snowstorm than the region received all of last winter, with over three feet in some areas. Tragically, three people have died so far due to the deadly weather.

Monster nor’easter: More snow in two days than all of last winter

Forecasters called it right when they predicted that the massive nor’easter that has struck the East Coast on Wednesday and Thursday would be a monster snowstorm. So far, in less than two days, the snowfall has outpaced all of the accumulation for the region over the entirety of last winter. The region has seen over three feet of snow, or 40 inches – and it’s still snowing.

The storm has kept accident lawyers busy. Conditions from the storm led to a pile up of dozens of cars in Clinton County Pennsylvania on Wednesday night, ABC reported. Two people were killed in the multicar collisions.

In Pulaski, Virginia, a 19-year-old became the third person killed as a result of the winter weather conditions when his vehicle ran off the side of the highway, struck an embankment and overturned, CNN reported.

On the bright side, the anticipated power outages due to the storm didn’t materialize, at least not on a large scale. As of early Thursday morning, Virginia had 35,377 customers without power; New York with 9,024, and Pennsylvania with 5,321, according to poweroutage.us.

How much more snow is expected on Thursday?

The storm is expected to move out of New York City Thursday morning, moving north through upstate New York and New England and continuing there and in Boston through the afternoon. Forecasters predict that Massachusetts, Rhode Island and northern Connecticut could see an additional 6 inches of snowfall, ABC reported. Southern Vermont, New Hampshire and Maine could see an additional 6-12 inches of snow.

The National Weather Service (NWS) has issued the following weather alerts for the eastern US on Thursday, December 17, 2020.

Looking ahead: When will the storm move out?

Most forecasts show the snow tapering off and moving out late in the day or early evening.

Friday is expected to bring the coldest air of the season to the Northeast. Wind chills are anticipated to fall below zero in Maine and in the single digits for the rest of the Northeast.