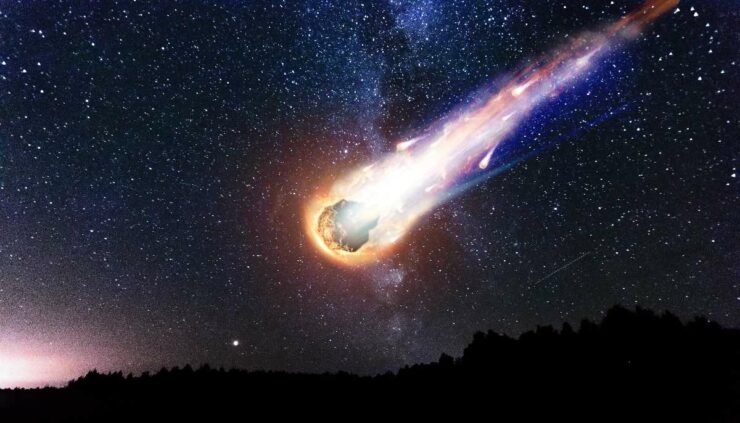 A dazzling, multicolor display of shooting stars will be at its peak on Sunday night, early Monday in the night skies as the Geminid meteor shower puts on a spectacular celestial light show best viewable north of the equator.

Every year across the globe, sky watchers mark December 13 on their calendars awaiting one of the most breathtaking annual events in the night skies: The Geminid meteor shower.

This dazzling display is visible from December 4 to December 17, KREM 2 reports. However, the peak of this multicolored shower of shooting stars occurs on the night of December 13 into the predawn hours of December 14.

The Geminids are one of the most active meteor showers. Over 100 meteors per hour can be counted in a typical year. But as bad as 2020 has been, when it comes to The Geminids meteor shower this year we’ve got some good news! It’s going to be hyperactive display of meteors – about 50 percent more active.

As many as 150 meteors per hour in very dark hours are expected, roughly around two or three meteors per minute, according to the American Meteor Society (AMS).

“The Geminids produce a good number of meteors most years, but they’re made even better this year as the shower’s peak coincides with a nearly new moon,” NASA explained, “thus making for darker skies, with no moonlight to interfere with the fainter meteors.”

Most often, some of the best shooting stars are only visible in the middle of the night. But that won’t be the case with this meteor shower.

The Geminids are one of the only major meteor showers active during the early evening hours. Shooting stars can be seen streaking across the sky by around 9 PM local time.

Of course, they do continue to increase in frequency through 2 AM.

NASA has a special camera set up for viewing the  Geminid meteor shower. It’s called All-sky Fireball Network and its cameras have already picked  up 18 fireballs over the US from this shower.

Interestingly, earlier this month, analysis of at least two bright fireballs that were picked up by these cameras indicated they were not Geminid meteors, Instant Weather reported. Then what were they? That’s a whole ‘nother article!

And speaking of showers, there’s lots of cold weather ahead starting today, which can be harsh and dry out your skin. It’s a good time to search for the best body wash cream for dry skin. You’ll be glad you did.