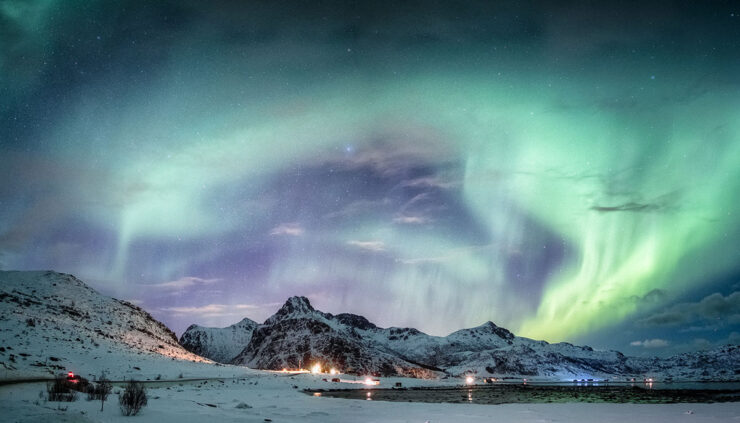 Major changes are occurring in the atmosphere above the Arctic Circle, triggering snowstorms, multiple bursts of snow for the Central US and snow as far south as southern Louisiana next week.

So far, temperatures in the US have been relatively mild for January. However, the activity at the Arctic Circle and its effect on the polar vortex is about to change all that.

A sudden, imminent stratospheric warming is underway which is expected to shift the polar vortex off its pole, sending a chunk of frigid air and major winter weather to affect the Northern Hemisphere. While it won’t quite be to the extreme of, say, the movie The Day after Tomorrow, it’s expected to do what sudden stratospheric warmings (SSW) do: bring some extreme cold weather, Phys.org reports.

Major winter storms are coming. By the third week of January, the cold could reach far into the southern US, AccuWeather predicts.

Multiple burst of snow this week

In the immediate term, forecasters are predicting multiple rounds of snow over the central US this week, eventually bringing snowstorms to the Southeast, AccuWeather reported. Snow could start piling up in the Midwest on Wednesday. By Thursday, the storms will move into Missouri and Arkansas. On Friday that system will move into the Southeast, affecting parts of Tennessee, Kentucky and the Carolinas.

Snow for southern Louisiana next week?

Computer models making predictions for the National Weather Service (NWS) show the possibility of a rare event taking place: snow in parts of South Louisiana. Lows will fall below freezing over the weekend.

According to the forecast, snowfall could come to southern Louisiana on Sunday night into Monday morning, the Advocate reported. It’s happened before. On December 8, 2017, a rare and significant snowfall occurred in the Baton Rouge area. Enough snow fell for residents to construct a large snowman.

According to current forecasts by the National Weather Service for southern Louisiana, “A cold front will move through Wednesday night through Thursday, bringing a 90% chance of rain. Thursday through Saturday, highs during the day in metro Baton Rouge will be in the 50s with lows in the 30s. On Sunday night, another system is forecast to move through the area. But how it develops, when the cold air comes in, how much moisture is present and if that moisture overlaps with temperatures cold enough to support snow are key questions.”