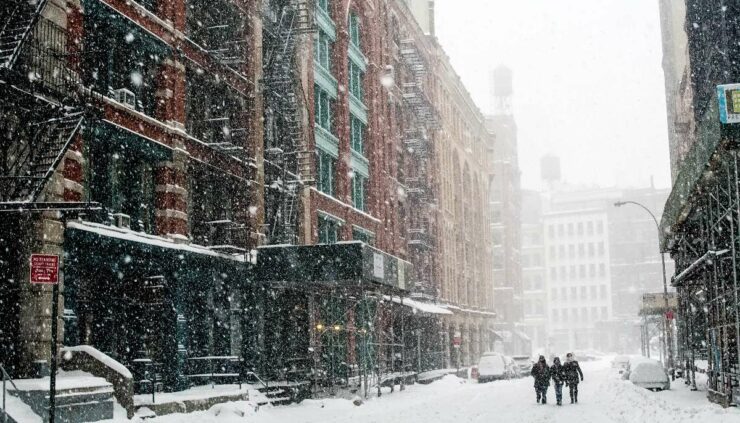 The polar vortex is delivering a major storm that stretches from Texas to Maine, affecting millions as it delivers ice, snow, and bitter cold across a large swath of the country, while another snowstorm affects much of the West.

Eastern half of US: Major storm from Texas to Maine

Courtesy of the polar vortex, a major swath of the country which spans from Texas to Maine will be pummeled with ice, snow, and frigid temperatures from extreme weather that has already caused a federal emergency declaration for Texas and a winter storm warning for nearly half the nation.

At least 18 states are under threat of an ice storm, which could lead to power outages amid extremely low temperatures.

President Joe Biden approved an emergency declaration for Texas, in response to Governor Greg Abbott’s request, which will allow the Federal Emergency Management Agency (FEMA) to coordinate a relief effort caused by the winter weather conditions, the Daily Wire reported.

At least seven states were dealing with significant power outages due to the winter storms on Monday morning.

On Monday, rotating power outages were initiated in Texas to help maintain power amid low power and extremely high demand due to the excessive frigid temperatures. Over 2.3 million customers were without power in Texas, according to poweroutage.us.

Rolling blackouts can be extremely problematic for those working at home. Losing your work or data could be disastrous. It’s important to backup your data with cloud data security programs.

Western US: Storm to affect much of the region

A second storm system over the western US will deliver snow to at least 10 Western states on Monday, including Washington, Oregon, Idaho, Montana, Wyoming, Nevada, Utah, Colorado, Arizona, and New Mexico.

NWS weather alerts in the West

The National Weather Service (NWS) has issued the following weather alerts for the West on Monday.