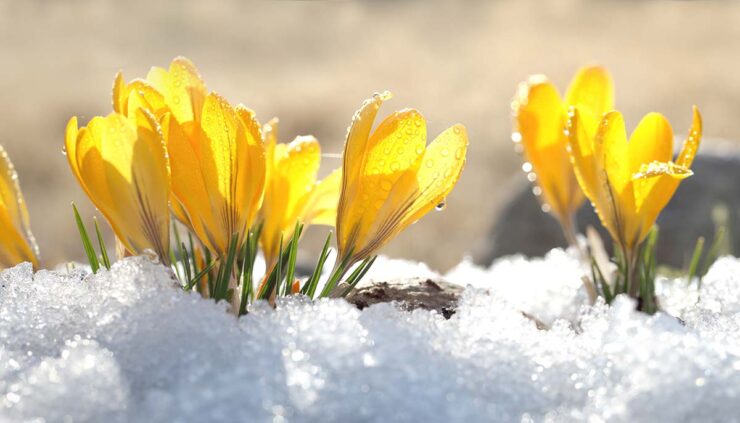 It seems Mother Nature will be providing an antidote to the recent bone-chilling temperatures of the polar vortex, as the latest forecast from the NOAA shows warmer than average temps for most of the US in March.

In addition, many areas will see drier than average conditions, while a few locations will see above-average precipitation.

Most areas of the continental United States saw much colder than average temperatures in February, courtesy of the polar vortex. But according to the latest predictions, coming in March, Mother Nature will do a 180, bringing warmer than average temperatures for most of the nation, according to the National Oceanic and Atmospheric Administration (NOAA) Climate Prediction Center, which released its 30-day outlook this week.

Warmer weather typically means that many things get moving again. This is especially good news for people searching job posts near me, as improving weather conditions increase jobs that involve outdoor activities.

Where will it be the warmest?

The majority of the US is predicted to see above-average temperatures in March. However, the locations a better than 50% chance of experiencing warmer-than-average temperatures will be for portions of southern and southwestern Arizona, most of New Mexico, western Texas, southeastern Louisiana, southern Mississippi, southern Alabama, central and southern Georgia, Florida, central and eastern South Carolina and Western North Carolina.

A strong likelihood of warmer temperatures also exists for the following regions:

Drier than average weather also forecast, drought may be expanded

In addition to above-average temperatures for much of the nation, drier than average weather is also in the forecast for the southern portions of the country. This is not good news. Forecasters say this will likely lead to a continuation, as well as an expansion, of drought conditions that have existed in the Southwest, Plains and Southeast.

The driest locations are forecast to be southern and southeastern Arizona, most of New Mexico and western Texas. The probability of drier-than-normal conditions is also at 40% for portions of southern California, Arizona, southeastern Utah, Colorado, Kansas, Oklahoma, Texas, Georgia and Florida.

Above-average precipitation in some areas

While the southern latitudes will be dry, forecasters predict that March could see above-average precipitation and parts of the north, particularly in the Great Lakes, Ohio Valley and Northern Intermountain West.