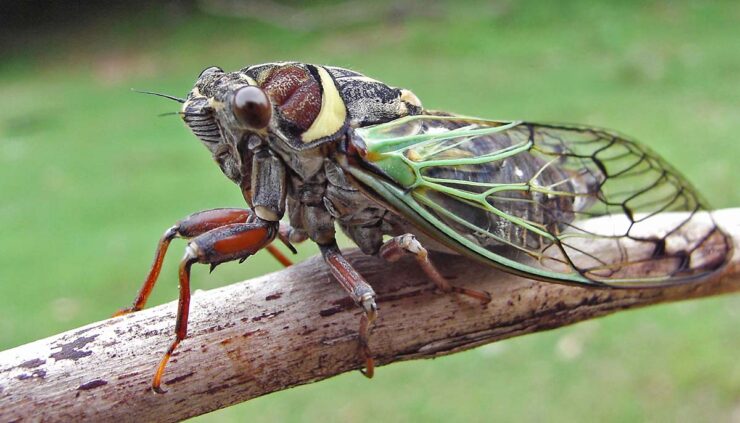 Spring always brings the emergence of insects, but 2021 will bring an invasion of billions of cicadas in the US for the first time in 17 years, as this buzzing brood will burrow out of their underground homes in 15 states.

Buzzing Brood of Billions of Cicadas to Invade US Spring 2021

Spring brings lots of things: Warmer weather, as well as severe weather and tornadoes. In fact, spring is a good time to remember to donate to charities if you can to help with the inevitable relief efforts to the destruction caused by severe weather, as tornadoes have already caused damage in multiple states this week.

But when spring 2021 arrives on Saturday, March 20, there some other inevitable things that spring will bring…Bugs! Lots and lots of bugs!

It has been seventeen years since the US has seen a mass invasion of cicadas. The last time was 2004. Periodical cicadas typically live underground for long periods of time, emerging either in the spring of their 13th or 17th year, CNET reports. This is when cicada nymphs emerge synchronously for a short adult stage and in enormously massive numbers.

The presence of periodical cicadas are recognized by their loud, collective mating calls that create an overwhelming buzz.

In spring 2021, at least fifteen states in the US are expected to see billions of the burrowing bugs, which are related to smaller jumping bugs such as leaf hoppers and frog hoppers, emerge like zombies digging their way out of “graves,” to mate.

Should You Be Worried?

Cicadas are large and their appearance can frighten some people. They have large red eyes, green bodies and orange wings. However, the insects are essentially harmless. They don’t sting or bite. Cicadas pose little threat to vegetation.

Cicadas are also falsely called “Locusts.” They actually belong to the taxonomic order Hemiptera (true bugs), while locusts are grasshoppers belonging to the order Orthoptera. There are 7 species of periodical cicadas in eastern North America.

What States Will Be Flooded with Cicadas?

When Will the Cicada Invasion Start Exactly?

Entomologists predict that, depending on the latitude, one of the largest broods of the 17-year cicadas, known as Brood X, (for the Roman numeral 10) will emerge beginning sometime in April or May, Science Alert reports.

Cicada emergence typically begins when soil temperatures underground, about 8 inches deep, reaches around 64 degrees Fahrenheit, which triggers the emergence. A warm rain can also be a trigger, CNET reported.

How Long Will the Cicada Invasion Last?

Periodical cicada adults are only active for approximately 4 to 6 weeks. After mating, female cicadas will lay hundreds of eggs in the stems of woody plants, typically pencil-sized tree branches. Two months after their emergence, their mating ritual and laying eggs is complete, and the cicadas disappear for another 13 or 17 years.

When Is the Next Invasion?