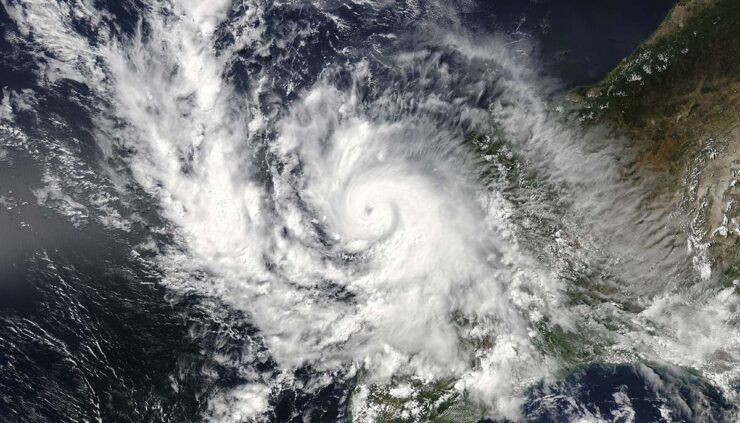 Greek Letters Will No Longer Be Used to Name Tropical Storms

The World Meteorological Association (WMO) will no longer use letters of the Greek alphabet to name tropical cyclones in the Atlantic, as a supplemental list of names has been added, while 4 names will be retired, here’s why…

First, we’re now at the start of severe weather season in the US which brings dangerous storms across the nation, which is immediately followed by the Atlantic hurricane season, make sure you have a cell phone capable of receiving weather alerts, you’d be shocked at how many plans by the major carriers also offer a new android phone free, search for deals now.

Every so often, as occurred in 2020, the number of tropical cyclones in the Atlantic exceeds the list of names allotted for a given year. An alphabetical list of 21 names is used each year for Atlantic tropical cyclones, and the list repeats every six years. The protocol in the past has been, when the 21 names are exceeded, names for the letters of the Greek are used for additional tropical storms. The list of names has only been exceeded twice in history, which occurred in 2005 and 2020. Last year, 2020, was the most active Atlantic hurricane season ever recorded with a record of 30 named storms. There were 28 named storms in 2005.

Greek letters will no longer be used to name tropical storms

The World Meteorological Association (WMO) announced that it will no longer be using names of the Greek alphabet for naming tropical cyclones.

In a tweet, the WMO wrote: “The Greek alphabet will never be used again as it was distracting and confusing.”

For some time, going back as far as 2006, the World Meteorological Association (WMO) was in agreement that using Greek names as a supplemental list when the regular list of storm names was exceeded “was not practical,” The Verge reported. The group has now firmly decided that it will no longer use the names of the Greek alphabet.

According to the WMO, in addition to being confusing, the Greek names do not translate well to other languages as they have similar-sounding letters which lead to some miscommunication.

Four storm names will be retired

Every year, the committee meets and selects names that caused so much damage and death that they should be removed from the rotating list so that their names stand apart in being identified with a specific storm.

The WMO announced that it will be retiring the names of three hurricanes from the 2020 Atlantic season which were especially devastating: Laura, Eta, and Iota. They will also retire the name Dorian from the 2019 season.