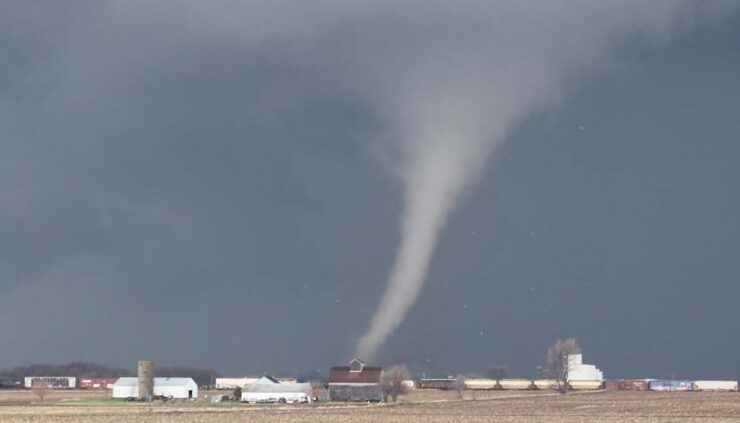 It’s rare that a level 5 risk warning for tornadoes is issued, but that’s the case on Thursday for parts of the South, affecting some 50 million residents stretching from the Gulf Coast to the Ohio Valley.

The risk of tornadoes and damaging thunderstorms stretches from the Gulf Coast all the way into the southern areas of the Ohio Valley on Thursday putting more than 50 million people at risk from severe weather, CNN reported.

The risk extends into the evening which could bring the threat of large, long-tracking tornadoes, large hail, torrential downpours with potential flash flooding, as well as damaging wind gusts that could reach as high as 80 mph, AccuWeather reports.

The National Weather Service (NWS) has issued the following weather alerts for Thursday.

Where Is the Highest Risk?

What Do the Severe Weather Risk Level Numbers Signify?

The Storm Prediction Center (SPC) of the National Weather Service has a system of categorizing and assessing the risk level of severe weather under a five-grade system. Here’s a recap of what the risk level numbers between 3 and 5 signify.

Severe weather brings a variety of dangers both indoors and outdoors. If you live in an area that frequently has severe weather, it’s important to own a weather radio, either battery-powered or hand-crank, in order to be able to receive weather updates and warnings should the power go out. But you also need to have a cell phone, which can be your lifeline. Make sure to keep all your cellphones fully charged in advance of potential severe weather in case of a power failure.