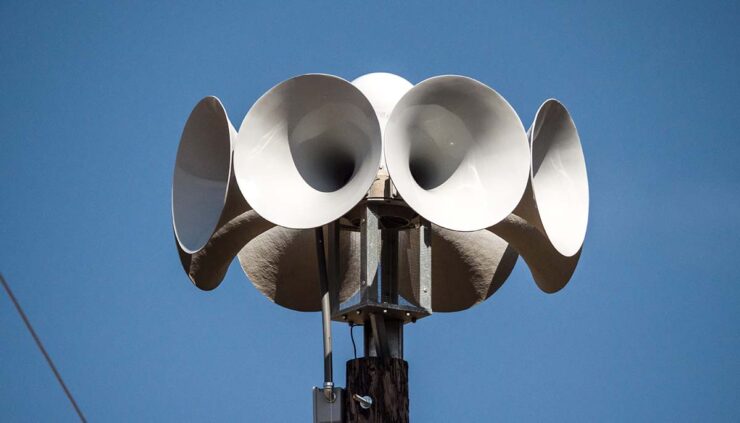 Are Tornado Sirens Outdated? As They Phase Out, What’s a Better Solution?

Many municipalities are phasing out the use of outdoor weather sirens, also called tornado sirens. But is this wise? Is it even legal to do this? In this article, we’ll look at the legalities, as well as the reasons behind the move.

Will tornado sirens soon be a thing of the past? It could be in some places. Many areas are beginning to phase out the use of tornado sirens.

One argument holds that tornado sirens are outdated. Many officials say outdoor sirens don’t reach everyone. Many people cannot hear them from inside their homes.

“If the winds blowing the wrong way you won’t hear them,” said Jesse Griffin, who is with the office of emergency management in Drew County, Arkansas. “Or if you’re inside, you’re not going to hear these sirens unless you open the door.”

Officials with the Jefferson County emergency management agency in Alabama concur. They say that many of the siren systems are based on 1950s technology and were originally designed to alert people who are outdoors.

“The truth is that sirens reach a small number of people, mostly outdoors,” said ABC 33/40 chief meteorologist James Spann, the Trussville Tribune reported. “They have never been effective in reaching people in a home, business, school, or church.”

What’s the alternative to tornado sirens?

With a large section of the population now carrying around smartphones, sending text alerts is a more efficient means of contacting people, one theory holds. Proponents of this also say that even older people that don’t have cellphones have house phones that can receive an automated message.

Some say the best system would be to place an NOAA (National Oceanic and Atmospheric Administration) weather radio in every home. They argue that local governments should divert the funds spent on maintaining outdoor weather sirens to instead invest in supplying weather radios to every home.

One motivator for phasing out tornado sirens: Cost

Another factor that is making a number of municipalities reconsider the use of tornado sirens is their cost. For example, one Arkansas county that operates 27 tornado sirens has a yearly upkeep of roughly $20,000, THV 11 reports. By comparison, the annual cost for operating a phone alert system runs about $4800

Tornado sirens are not required by state or federal laws

It may come as a surprise to many people, but municipalities are not required by either state or federal laws to provide outdoor weather sirens, WSAW 7 Wisconsin reported.

Even though many areas tend to test their local tornado sirens during “Severe Weather Awareness Week,” testing, too, is not a requirement. Of course, not testing the system means it could fail when it is needed most.

Tornado sirens are only meant for outdoor warnings, not for alerting people who were indoors, the National Weather Service (NWS) stated.