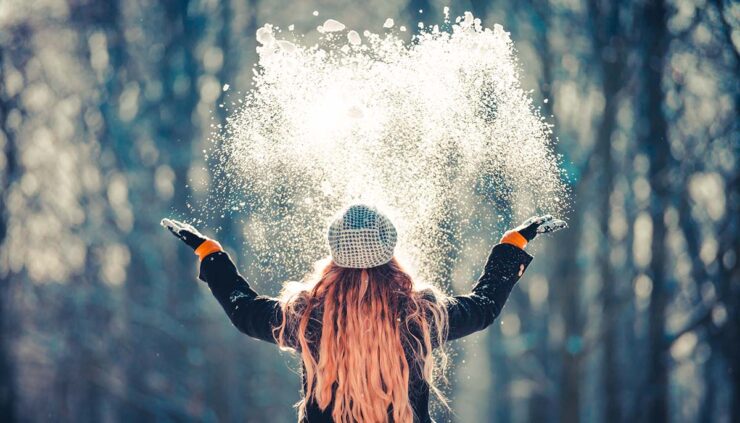 The original forecast called for a warmer spring, but the latest 6-10-day outlook from the National Weather Service shows chilly weather setting in and that means more snow and fewer tornadoes.

Colder air will be settling in over the lower 48 particularly from the Rockies eastward to the East Coast, cooling down the normal spring progression of warmer weather. The cooler temperatures also alter the previous forecasts by the National Oceanic and Atmospheric Administration (NOAA) and National Weather Service (NWS) which had called for above-average temperatures for most of the US during spring. Instead, the next 6 to 10 days will see temperatures well below normal in many places across the continental US.

There is also the probability that cool temperatures could continue beyond the 6-10 day NOAA/NWS projection, forecasters say, especially in the northern and mountainous areas over the Eastern two-thirds of the nation, the Washington Post reported.

Even Western states along the Rockies will see below-normal temperatures in eastern Montana, eastern Wyoming, Colorado, New Mexico, and all states east.

Extension of winter, but there’s an upside

Don’t put away that body wash cream for dry skin yet, because winter is going to extend a little longer. Although many people have been eagerly awaiting the spring thaw out and warm up, the cooler weather does come with an upside: Fewer tornadoes. However, the downside is that it means more snow and a slight extension of winter, which is already occurring from the West to the East.

Where will the coldest temperatures be?

Above-average temperatures for the extreme West

The only part of the lower 48 that will likely see above-average temperatures, with a probability of 70% according to the NWS forecast, will be the extreme Western states including California, Nevada, Oregon, central and southern Washington, and southwestern Idaho.

Portions of western Montana, eastern Idaho, Utah, and Arizona are expected to experience temperatures in the normal range for this time of year.