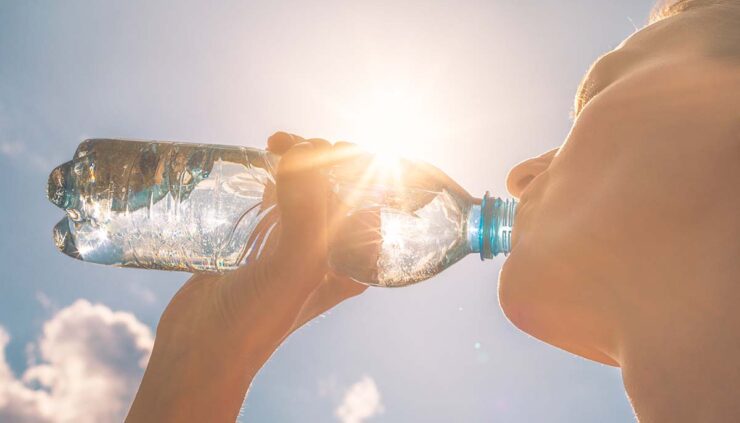 Heat Warnings on Both Coasts, Plus Flood Risk from Southwest to Ohio Valley

High levels of heat at both coasts with dangerous levels of heat for the West and the Northeast is under a heat advisory, while heavy rain and flood risk spanning diagonally from the Southwest to the Ohio Valley.

Dangerous heat wave in the West

Record-breaking heat was expected to continue on Monday as numerous high-temperature records were set in the West over the weekend. Forecasters say temperatures could range between 90-110 degrees, as well as exceed 110 degrees and some places, with temps expected to be 30+ degrees above normal, Q13Fox reported.

The National Weather Service (NWS) issued excessive heat warnings for the entirety of Washington, Oregon, most of California and Idaho, Western Nevada, and Western Montana. Additionally, heat advisories were issued for parts of California, Nevada, Idaho, and Montana in the West.

Throughout the West, and particularly for the Northwest and even into parts of Canada, all-time temperature records are being shattered. Seattle saw its hottest day ever on Sunday reaching 104 degrees, the Seattle Times reported. Lytton, British Columbia was even hotter, hitting 46.6C (116F) on Sunday, breaking an 84-year-old record and reaching Canada’s highest recorded temperature ever, the BBC reported.

Heat advisories for the Northeast

The National Weather Service (NWS) issued heat advisories for much of the Northwest on Monday and forecasters say he could feel like 100 degrees or more over the next three days in the region.

Thunderstorms for two-thirds of US, flood risk from Southwest to Ohio

Thunderstorms will stretch from parts of the Southwest and West, covering most of the nation all the way to the East Coast.

Extreme heat is the #1 weather-related killer

Officials are reminding everyone that extreme heat is the number one cause of weather-related deaths.

The Centers for Disease Control and Prevention (CDC) recommends that during extreme heat people should limit outdoor activity, and at-risk people should stay inside air conditioning buildings as much as possible. High humidity is especially problematic as it prevents your body from releasing heat, as sweat will evaporate as quickly.

Certain individuals are more at risk during hot weather and may not be able to cool off as well as others. Risk factors include age, obesity, fever, dehydration, heart disease, mental illness, poor circulation, sunburn, and prescription drug and alcohol use.

Also, be sure to protect your skin from sun exposure by using sunscreen. Even better, try to find a sunscreen that also includes a dry skin moisturizer.

For more information on heat precautions, visit the CDC website.