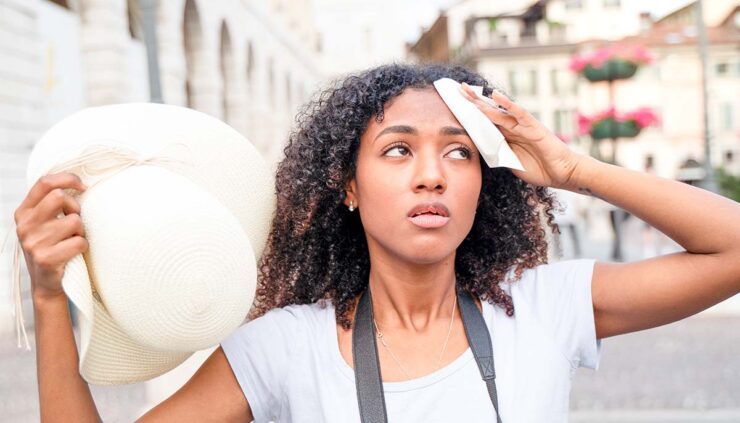 An expansive threat of severe weather and flooding will stretch from the West into the Ohio Valley, while an excessive heat warning has been issued for eight Western states for Friday extending into the weekend.

Thunderstorms will be prevalent over the nation’s midsection, Ohio Valley and along the southern coast.

The National Weather Service (NWS) is warning over the possibility of severe thunderstorms for portions of the nation’s midsection and Ohio Valley.

The National Weather Service (NWS) has issued the following flood-related alerts for Friday.

At least eight Western states were under heat warnings and watches for Friday. Beginning on Friday and continuing into early next week, a highly unusual weather pattern will move over the West, particularly in the Pacific Northwest where all-time record-shattering levels of heat could exceed normal temperatures anywhere from 20 to 30 degrees.

High temperatures make it difficult for many people to sleep during the hot weather. It might time to shop for sleep aids because multiple days of heat could bring on insomnia for some people.

The following alerts from the National Weather Service (NWS) have been issued for Friday:

Excessive heat: #1 weather killer in the US

Parts of the US have already endured record-setting high temperatures for the month of June, and more heat is on the way. Drought is predicted throughout the summer, and officials are warning Americans to take precautions against the heat, Fox reports.

Data from the National Oceanic and Atmospheric Administration (NOAA) found that the most weather-related fatalities in the U.S. during an average year were caused by excessive heat.

Between the years 1990-2019, an average of 138 Americans per year died from extreme heat. But the number of heat-related fatalities can be worse depending on the region. In 2020, in Arizona’s Maricopa County alone, a record high of 323 heat-related deaths was recorded.

In a comparison of the average of 138 heat-related deaths to other other-weather-related fatalities, the NOAA found: 88 Americans were killed by floods, 65 from tornadoes, 45 from tropical storms and hurricanes, and 41 were killed by lightning strikes.