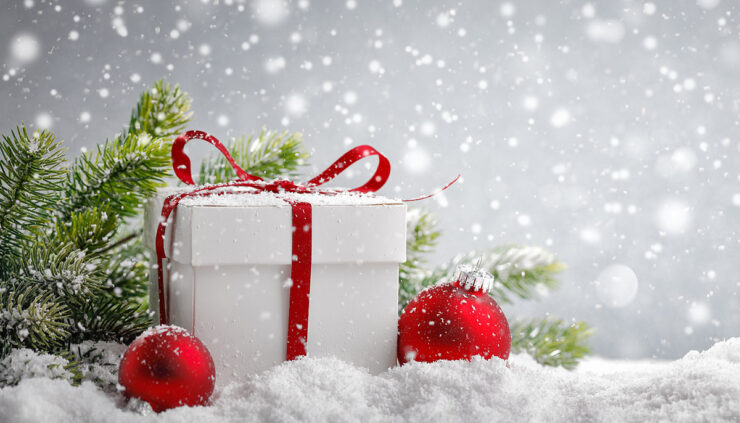 Dreaming of a White Christmas? Some Areas to See a Foot of Snow

For those dreaming of a white Christmas, many locations will get their wish, even some that don’t see snow very often. Other places could see a foot of snow or better… But before that, look for extremely windy days from an Arctic front!

Beginning Tuesday, ahead of the holiday, strong winds will usher in colder air courtesy of an Arctic front. Cold air and winter conditions will span across the northern tier of the country from the West Coast to the East Coast.

In parts of Washington, Montana and Wyoming, winds have gusted up to 60 mph. Dangerous, potentially damaging winds of up to 100 mph are expected in parts of Alaska on Tuesday, as hurricane-force wind warnings and blizzard warnings have been issued by the National Weather Service (NWS).

Over the Rockies, from Montana to Colorado, some areas could see as much as 30 inches of snow, ABC reported. In addition, avalanche and high wind warnings have been issued in the area, where wind gusts could reach as high as 70 mph.

With all this wind and cold weather throughout the week, it’s important to protect your skin, which can get chapped under these conditions. Soap can cause further drying. A better solution is body wash cream for dry skin.

A snowy white Christmas is in the forecast

A white Christmas filled with snowfall is definitely in the forecast for some locations, beginning on Christmas Eve. The National Weather Service (NWS) has issued a hazardous weather outlook statement in advance of a powerful system anticipated to pass through the eastern US during the timeframe of Thursday night, December 24, into Friday morning, December 25. In addition to the snow, wind gusts could reach up to 50-60 mph along the coastal areas of the Northeast, the Daily Voice reported.

Due to lake effect snow, Buffalo could see its snowiest Christmas on record. Parts of Western New York are expected to see a foot of snow or greater.

A winter storm watch is in effect for the area beginning on Christmas Eve, WYRK and WIVB reported. Michigan is expected to see lake effect snow as well.

Forecasters are warning that severe thunderstorms will be possible beginning on Wednesday for the Gulf Coast, which could bring damaging winds and an isolated tornado.

Cold weather in Florida may cause falling iguanas

While Florida won’t be having a white Christmas, they could have falling iguanas. The region is expected to see its lowest temperatures of the year thus far in the southern portion of the state over the holiday. At night, iguanas climb up trees to rest. But temperatures are anticipated to drop into the 30s-40s. When temperatures get this low, it causes the reptiles to stiffen up and fall to the ground, WFLA reported.

Officials warn that when iguanas thaw out, they can become aggressive and bite or scratch. They urge the public to leave the reptiles alone. The cold temperatures tend to immobilize the iguanas, making them appear dead. However, once the sun’s rays begin to rejuvenate the reptiles, they will bounce back and begin to move.

In addition to the effects of the cold weather on iguanas, forecasters are warning the public to take precautions to protect plants against frost and freezing.