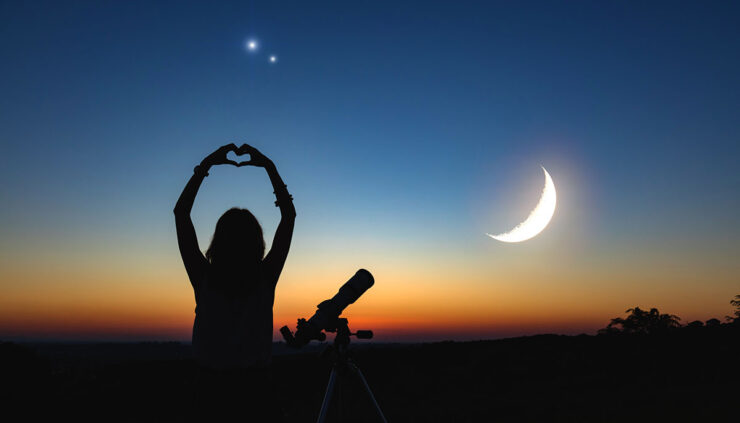 Today marks the winter solstice and the official first day of winter, which brings the longest night of the year. And in 2020, it brings a rare “Christmas Star,” a Great Conjunction in the night sky not seen for nearly 800 years.

The main culminating event of the Great Conjunction occurs on the evening of Monday, December 21, 2020. However, this conjunction will be visible to the unaided eye beginning on Monday and continuing for the two weeks that follow. Read below for tips on how to best view the great conjunction.

In speaking of the heavens, with reports of massive cyberattack on major US infrastructure of both government and private firms, it’s more important than ever to back up your vital data with cloud data security programs.

Today brings the winter solstice and the great conjunction

The Winter Solstice occurs in the Northern Hemisphere beginning at 5:02 AM ET on Monday, December 21, 2020. Today officially marks the first day of winter, as well as brings the shortest day and longest night of the year. But this day is also special for another reason: a rare astronomical event occurs called the Great Conjunction of Jupiter and Saturn. This event is also popularly referred to as “the Christmas Star.” These two planets will appear so closely aligned from our viewpoint on Earth that they will look like a single star.

In 1610, the famed Italian astronomer Galileo Galilei pointed his telescope to the night sky to take a look at Jupiter, a large planet easily visible in the night sky. But through the lens of the telescope, Galileo discovered the four moons of the gas giant – Io, Europa, Ganymede, and Callisto.Later, in that same year, Galileo aimed his telescope at Saturn. There, he discovered a strange oval surrounding the planet, which later observations determined to be its rings.

Thirteen years after that, in 1623, Jupiter and Saturn appeared to become one, in an astronomical event that became known as a “Great Conjunction.”

Jupiter and Saturn regularly appear to pass one another in the solar system. From our vantage point on Earth, the positions of Jupiter and Saturn align in the sky about once every twenty years. However, 2020’s alignment is rarer than others. The two planets have not passed this close to one another in 400 years, but it’s been nearly 800 years that this alignment occurred at night.

How to see the Great Conjunction

The Great Conjunction of 2020 will be easily viewable with the unaided eye. Each night, over the next two weeks, the two planets will appear closer low in the southwest in the hour after sunset. However, there are some ways to improve your viewing. NASA offers the following tips: